Beach, golden sand, surfboard, volleyball match and even a pirate ship passing by was on our to do list this afternoon. Quite dreamy, isn’t it?

We did all that but we didn’t even leave the house and it’s all at our finger tips. Literally.

Want to know how we did it?

Thanks to our DIY MINIATURE BEACH PLAY SET we got to go on a fascinating adventure. To be honest, I was as excited (if not more) as the kids were while we were making it. 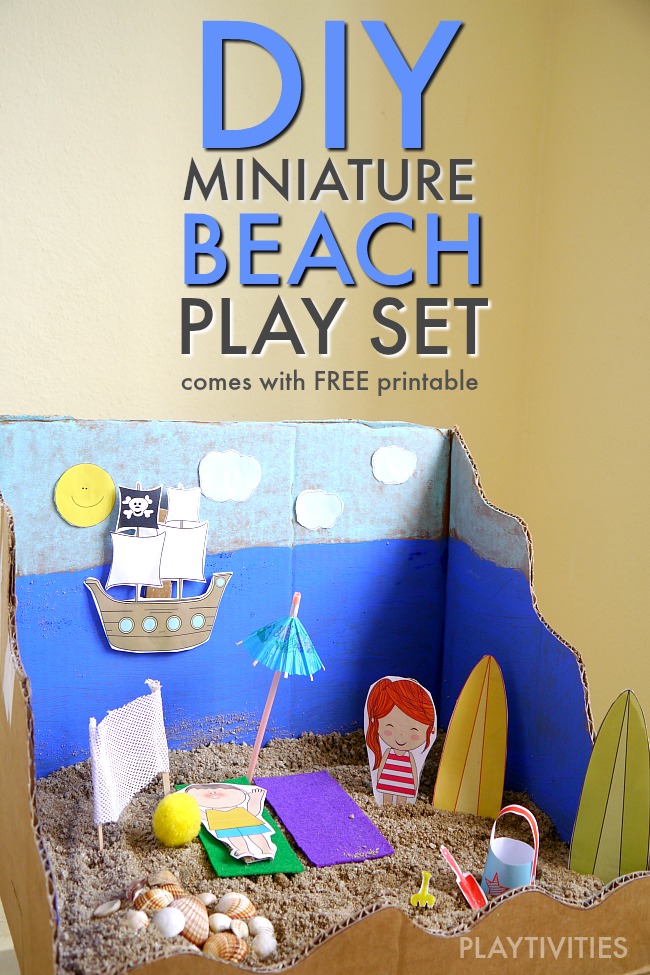 The instructions for this DIY miniature beach play set are really very self explanatory.

Watch our short video of how we made miniature beach play set and how kids played with it afterwards.

The best part about this miniature play set is that the possibilities are endless. You can add anything you want/have in to this beach themed play set (later we added some pirate figurines which made the play even more adventurous) or create a different one: zoo, farm, store, school, park… You name it!

Don’t forget to involve kids into making because it’s as fun as playing with it later.

So here it goes – your adventure to the beach land!

It’s free, it’s fun and you don’t need to leave the house. Get ready for your kids to play for hours so you can enjoy your iced beverage on the deck…Or play with the kids because it’s just so dreamy…the beach…the sand and the pirate ship! 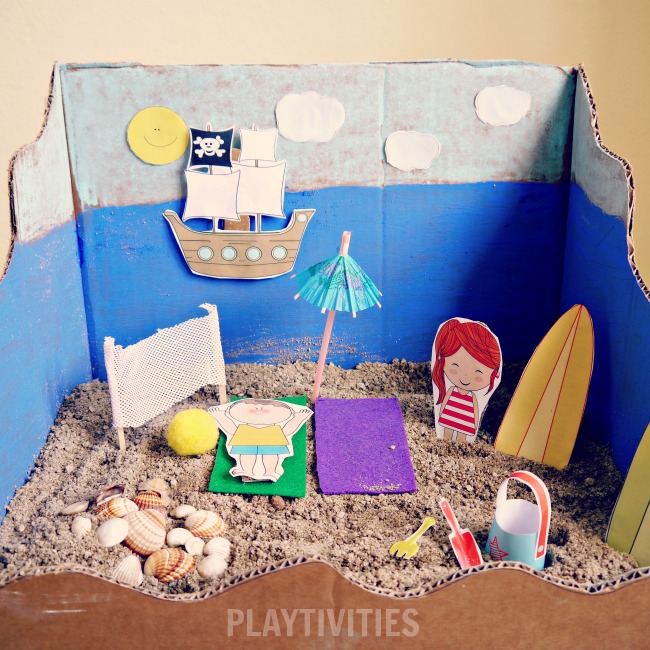