It almost never snows where we live. Never. And it did 2 days ago. It was a magic night for the kids. Especially the little one, who has never seen and experienced snow before. At 10 pm we bundled up as much as we could and hit the backyard for some snow fun. 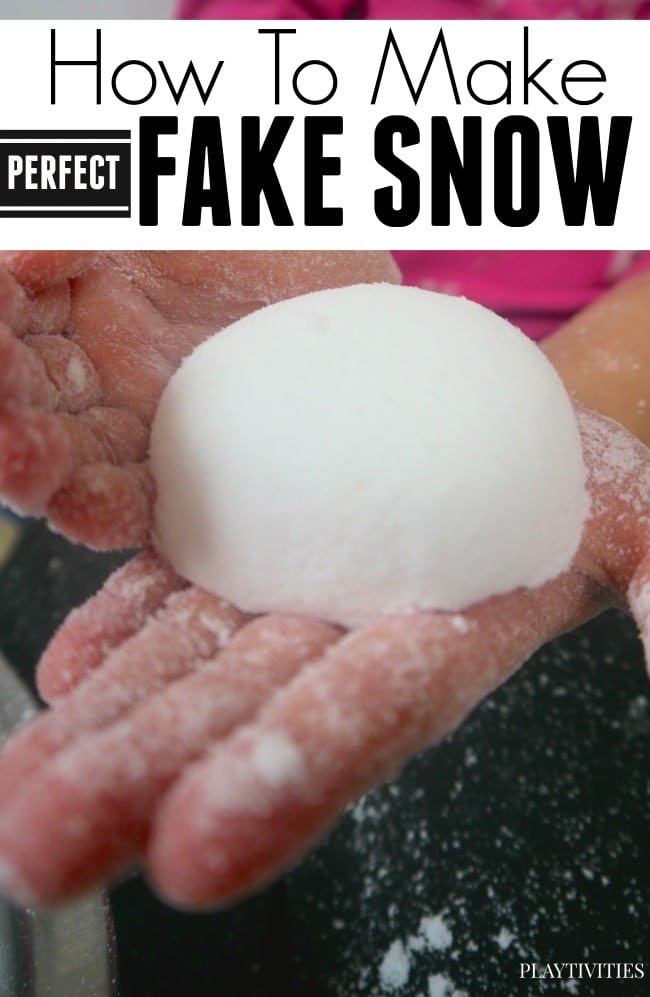 Since that night kids have been glued to the window (especially in the evenings) waiting for the snow. I know - it probably won't snow again here this season so I was sad to see how much kids were looking forward to it.

That's when I hit it me: we can make our own snow. We made it last year. However, this time I wanted it to feel more like snow. And it did. I don't know how and why, but my daughter said it felt cold 🙂

Edit: Check out our latest fake snow attempt. This year we decided to gift snow.

How to make snow

2. Spray shaving cream. We used a good handful of it. But you should experiment with it by starting spraying some and then adding as needed.

3. Let the kids 'knead the snow'. 'The snow' will start forming almost immediately.

The rest is in the videos

I found it easier to just put a blanket on the floor and let them play there instead of putting it on the table.

The cleanup was pretty easy. I just grabbed the blanket when they were done and shook it off outside. Whatever was left on the carpet I just vacuumed. Baking soda itself is a perfect natural cleaner, added with some essential oils was like self carpet cleaning. 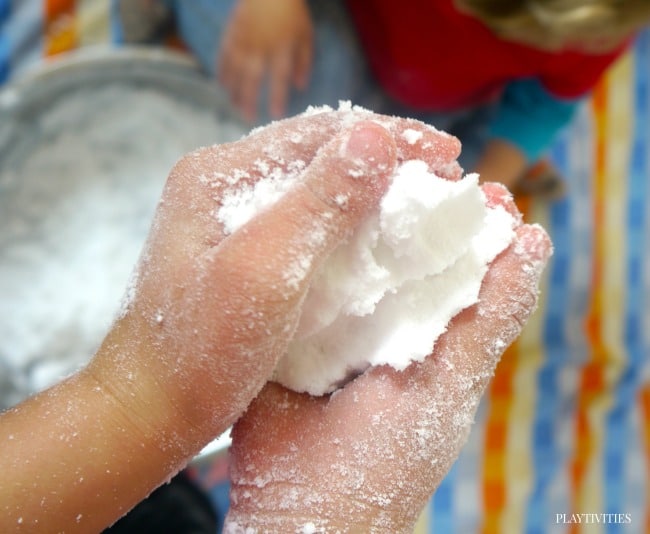 Kids had a blast playing with snow. Mostly by just touching it and enjoying the sensory play. Later they figured the snow could form in a shape, so they used sand toys to make some mini snow castles. (I was into play too. My hands were messy and I didn't take more photos). 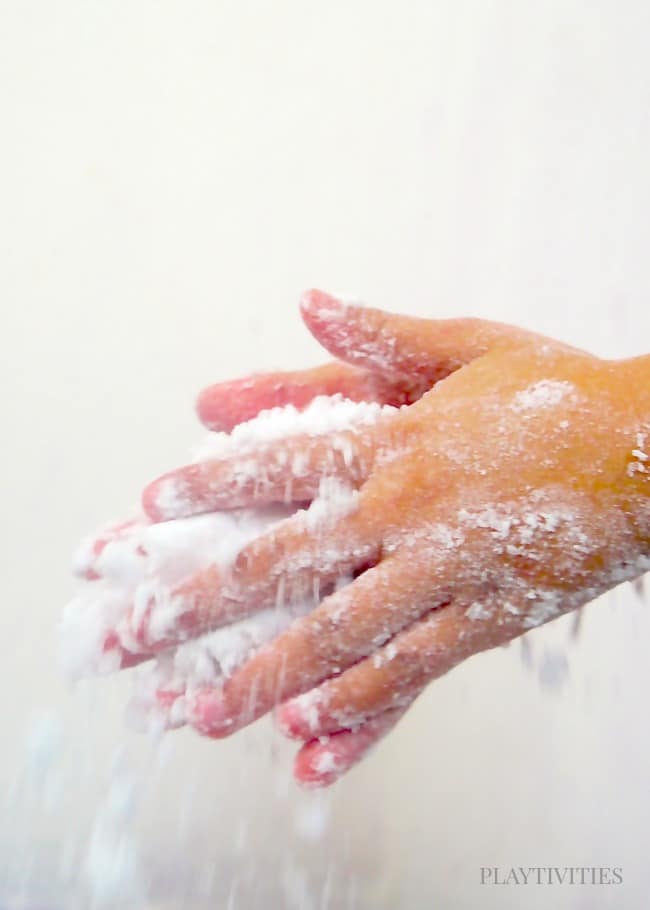 So if mother nature is not giving you snow where you live you can always use your creativity and make your own snow.

OR if you want to skip the DIY part, you can just get a BAG OF INSTANT FAKE SNOW IN SECONDS 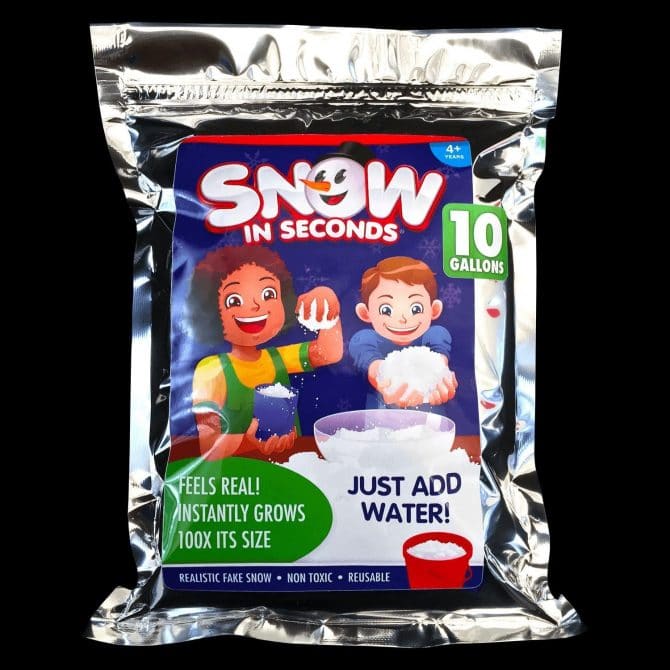 How to make snow at home with just 2 ingredients.

IMPORTANT. Make sure not to leave kids playing unattended. Don't use this snow recipe if your kids are little and still putting things in their mouth. 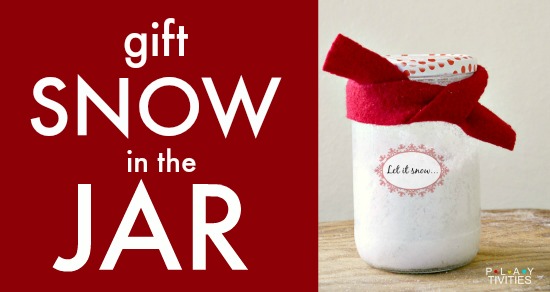 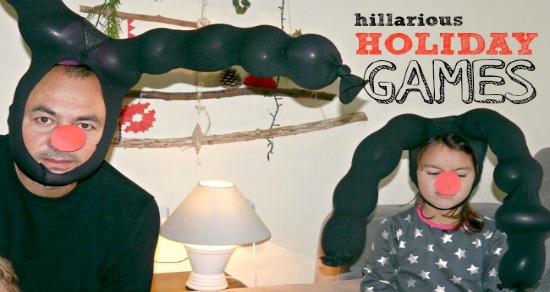 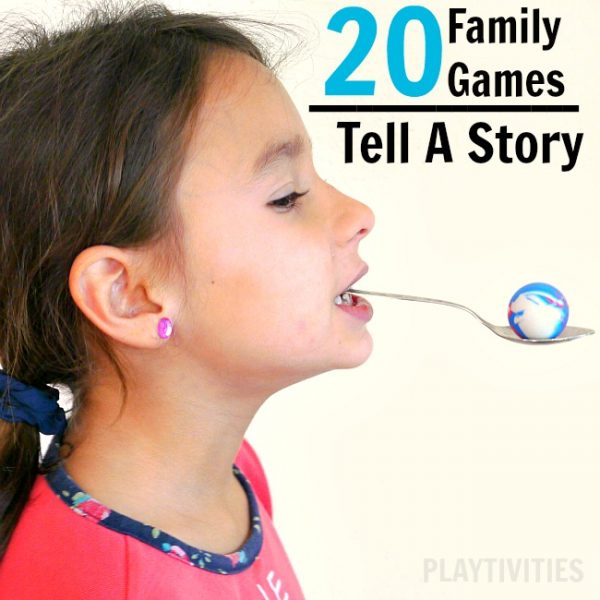 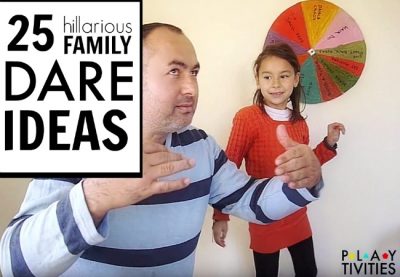