Every child loves playing with legos. They stack them and build all kinds of fantastic stuff. They practice their motor skills and use their imagination to the fullest.

But how about adding a little extra learning into this fantastic play?

I think (and some scientific research thinks so too :)) that kids learn best through play. So we decided to make some Lego ABCs to form words for my preschooler daughter who is really interested into spelling lately.

Prepare for Spelling Activity with legos

1. Borrow some mega blocks from your toddler (of course with an approval) or get them here. 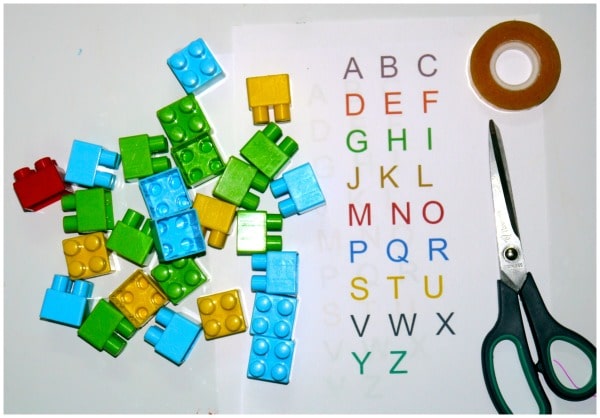 2. PrintÂ  (I made alphabet printable you can use to fit mega blocks).

3. Cut the letters (or let the child cut them).

4. Tape the letters on the blocks with the clear tape.

It's funny, after making this spelling activity, playing 2 days with the blocks and writing this post I realized that it would be a great idea to just write letters straight on the blocks using markers. But again, most of the times the preparation for the activity adds more excitement and extra practice for kids (in this case cutting letters and taping them on was a good motor skill activity).

These are just my simple suggestions on how to encourage and help the child to practice and learn spelling with blocks. However, don't forget -Â  it's a playtivity (play + activity), after-all 🙂 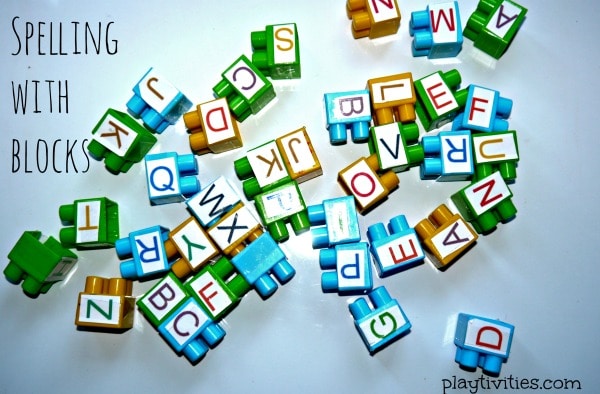 Â Â  Â  After we had fun learning and building words with little man's legos we returned the blocks to him and saw kinda excited face. He liked the letters on them a lot. To my big surprise, he showed a big interest in them. I asked him where letter A and B was, he started pointing out to different blocks which showed me that he will be an early learner.

So I guess the letters on the blocks are staying.