One of my favorite sounds is when kids are hysterically laughing while they are playing. Hearing this really warms my heart.

I always give myself a pat on the shoulder when this sound comes from kids playing a game, not a computer game, not a tablet game. Just a game.

The kids played THAT game yesterday and it brought lots of laughter.

This is WEEK 2 on our Weekend Camp at Home and we are playing Spider Game.

It kinda reminds me the game of Kerplunk. But it's easier.

First, watch our short video of this spider game

The aim of the game is to pull out a stick without making the spider fall into the bowl. Person who pulls out the stick and the spider falls - ends (and loses) the game. 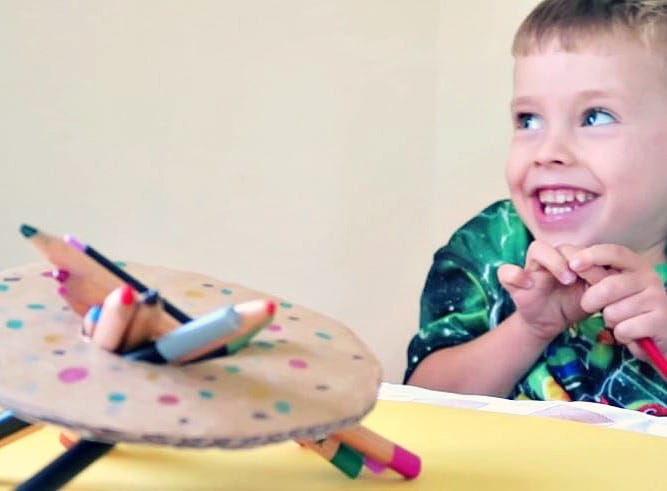