Home » Activities » You Can Ski Indoors With Cardboard Skis

DIY cardboard skis is our next project to eliminate all the cardboard that has left from the holidays. Also, we are still trying to get into "winter mood" as much as possible and ignore the fact that we are in t-shirts. We even made fake snow. So indoor skiing sounds like a good idea! In fact, this is the second time we made these cardboard skis, because kids love them so much. Perfect boredom buster for indoors during winter time! 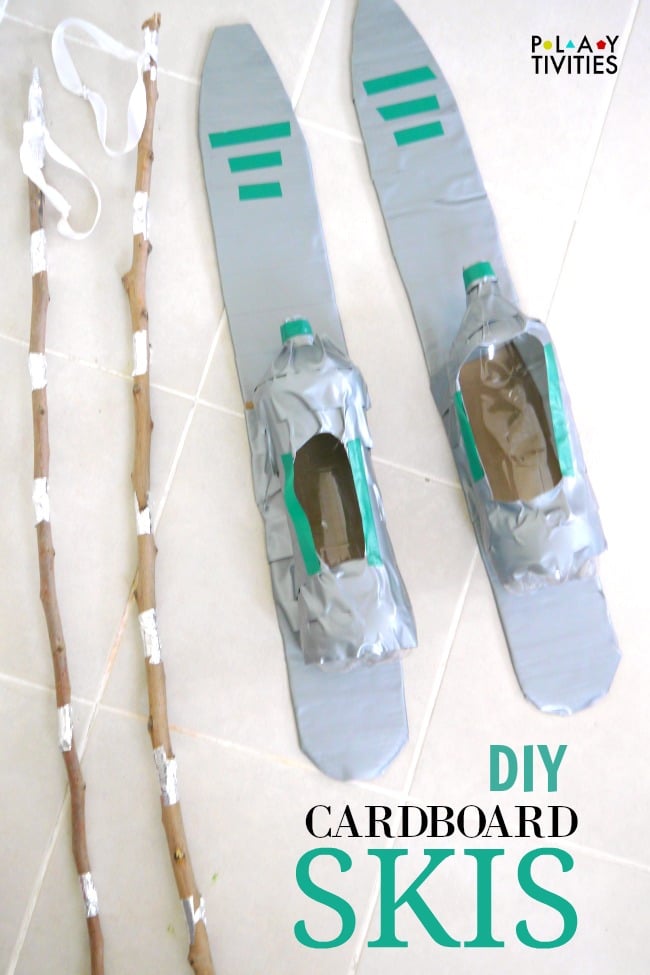 It's so easy to make these cardboard skis. You only need some cardboard (obviously) cut out in the shape of skis, 2 plastic bottles with the holes cut out and some tape for design and to secure the bottles to the cardboard. Taping it all around the bottles holes made it more safe so there won't be any cuts on your child's legs from sharp plastic. Watch short video to see it all!

To make the activity even more fun help kids set up some obstacles such as a jump, difficult sudden turn, small bumps and slopes. Yes, it's not gonna be the same as skiing on the snow and kids won't be able to reach speed, but hey, it's something fun, different and it's great for their coordination skills. 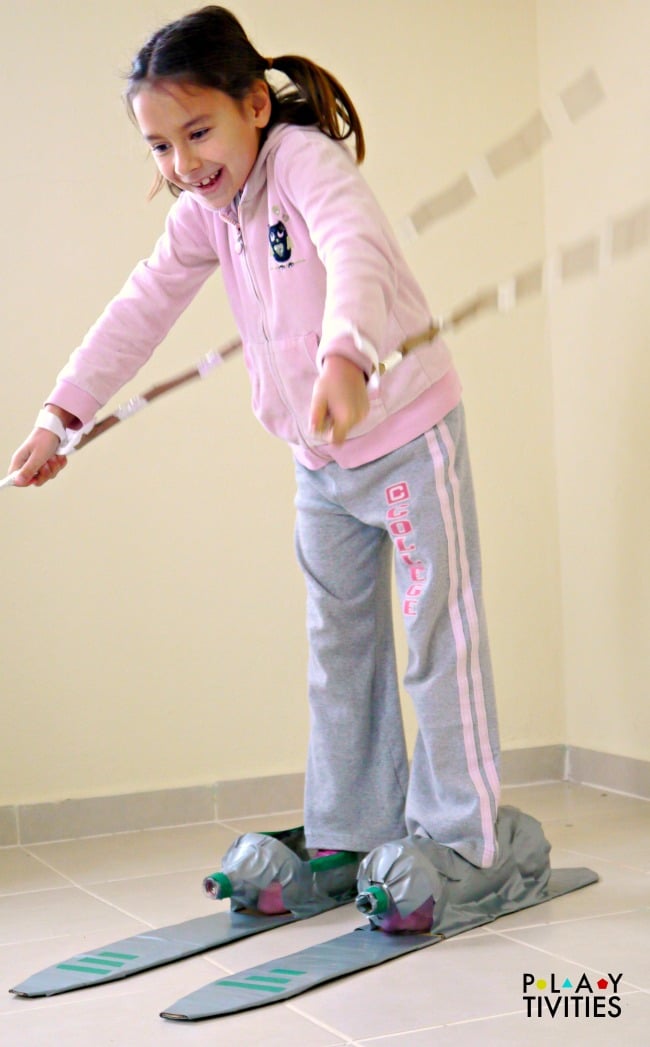