We sure do love our cardboard play! We make so much stuff out of it (you've probably noticed a few like diy cardboard tic tac toe game). Mostly something to play for the kids. So I gathered our favorite DIY cardboard toys, very simple ways to use just 1 cardboard box to create something that kids will be amazed with and will play with it (and in it) for long time.

To see full step by step cardboard tutorials, press on the pictures or links next to them. Most of them have video tutorials. 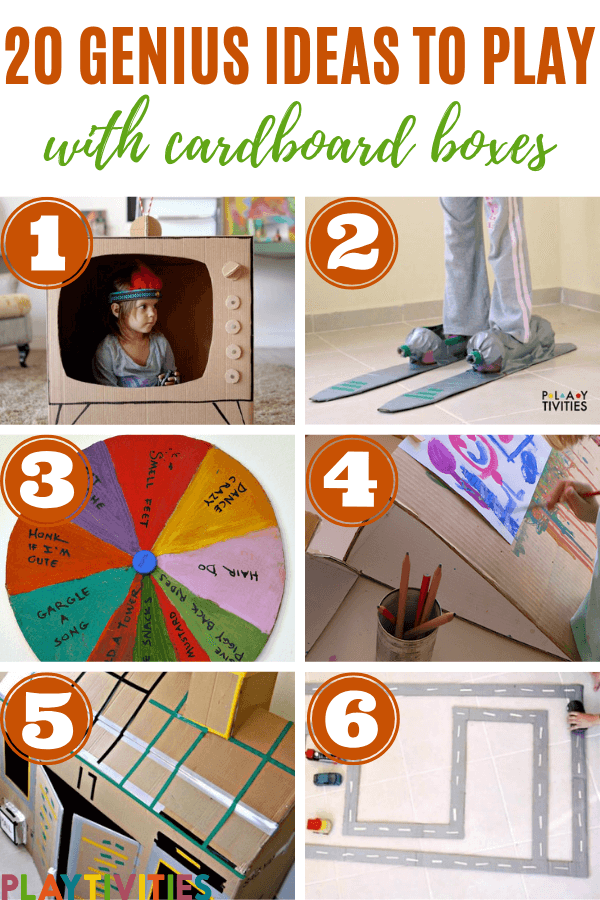 1. Make a cardboard TV! It's way better than a real one. Imagine the shows kids will perform!

2. Cardboard Skis. Who said you can't ski at home? We make them every winter, because we don't get snow where we live.

3. Make this Wheel of Dares and play hilarious game with your family! We were having so much fun with it.

4. DIY Cardboard easel! "The best part about these easels are that they are so easy to fold up and store!''

5. Cardboard House is must for every child. This particular one is very easy to built and only requires 1 cardboard box. Oh and it's tall enough, my kids can get stand up in it.

6. Portable Car Track was requested by my son for a while now. I love it because it can be easily stored after a play and re-used the next time. 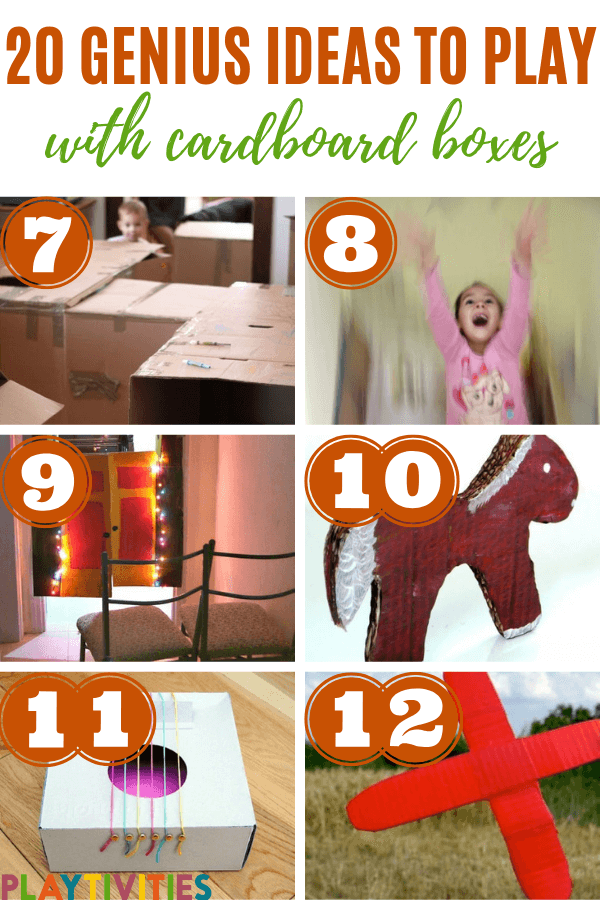 Have Fun With these DIY Cardboard Ideas

7. Cardboard Tunnelcould be a super fun activity for kids if you have a bigger house. Imagine the possibilities!

8. Cardboard Slide was named ''best game ever" by my kids. They are requesting it every few days! Seriously, it's a must try and it only takes couple minutes to set up.

9. Puppet Theater at the doorway. Looks awesome, doesn't it! It should be your upcoming weekend project!

10. Cardboard pony was made for my little son last year. It's a perfect craft for an older child and later a great DIY gift to someone special.

11. Make a guitar that will actually play pretty cool music. Try it!

12. Cardboard boomerang for some awesome outdoor play. It actually flies and comes back to you. 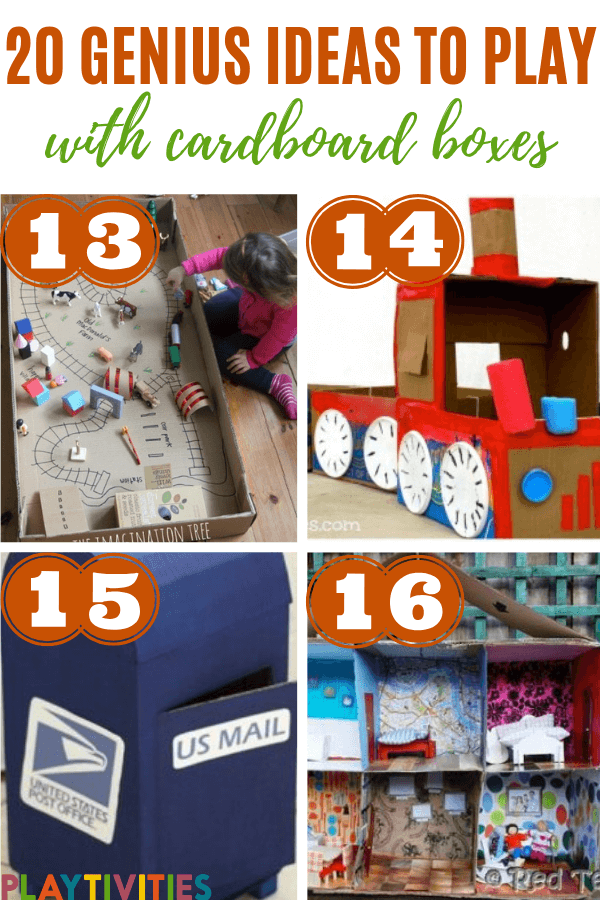 13. Build a train track and set up some of your child's favorite toys in it.

14. Make a train from few cardboard boxes for some little train engineers.

15. Cardboard mailboxes are great for some pretend play and actually can be very educational. I find that my daughter is inspired to write more if she has where to put those letter in. 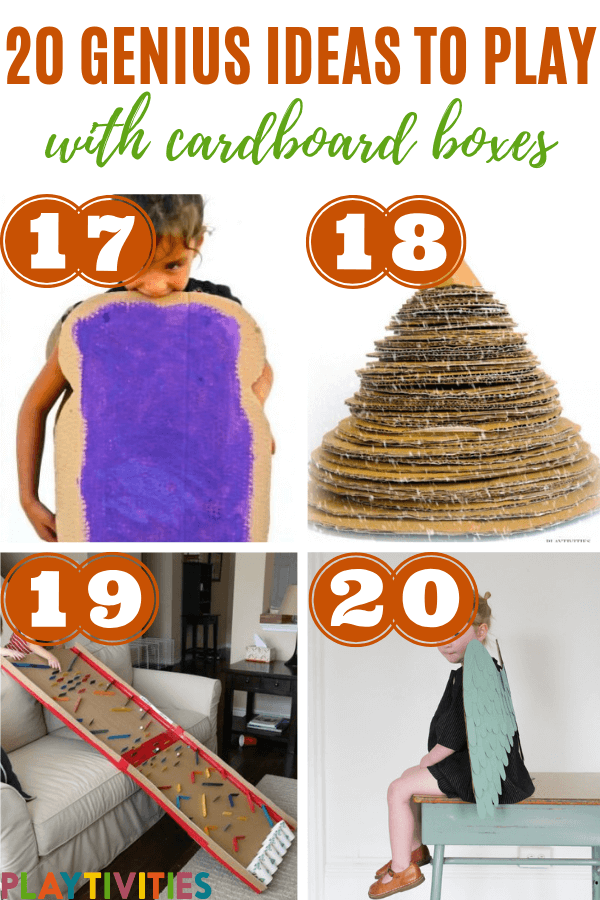 Some ideas for Holidays!

17. You can make a cardboard Halloween costume!They are cheap to make. it’s better for the environment and super original. No more worries, huh??

18. To make a Cardboard Christmas Tree was on my mind for a while. It’s a great craft  and the best part about this is that it turns into a toy!

19. Turn a cardboard box into an epic marble run. This is just awesome! I am sure your kids will have so much fun!

20. Look at this blog and find these super awesome cardboard wings to your kids. No more words needed!

Here is a short video to illustrate our cardboard play!

Previous Post: « You Can Ski Indoors With Cardboard Skis
Next Post: 20 Activities for Siblings to Bond, Compete and Cooperate »