Today I decided to rattle a bit of a controversial subject. I understand that you may not agree with me and I totally respect that. It is my personal opinion, however I backed it up with a research that I recently found, which was done by a group of scientists. (please check the links at the bottom of the post). 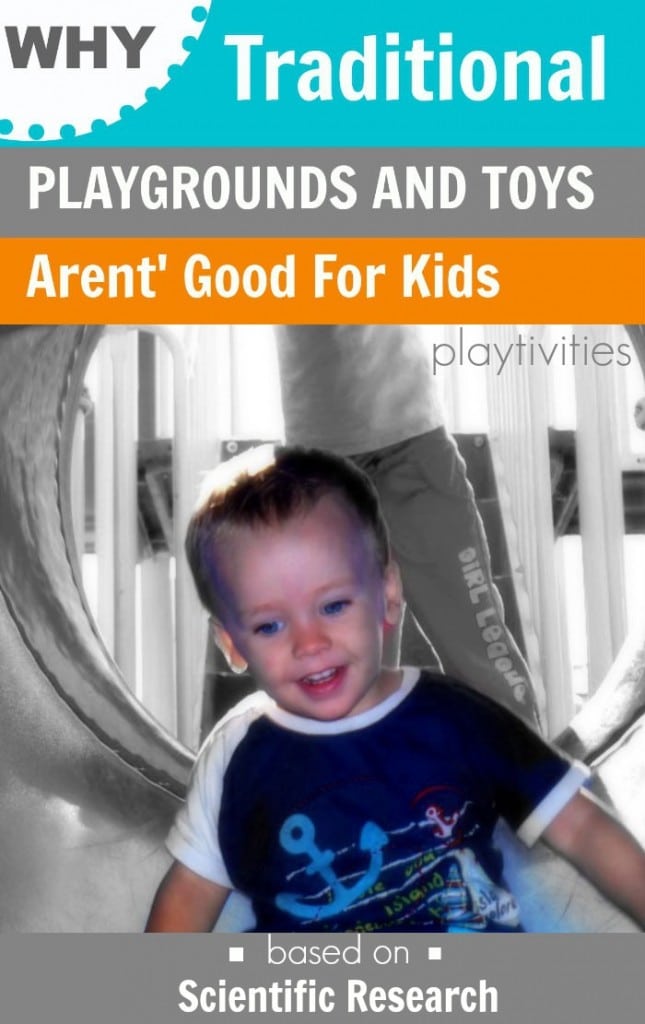 Right after I became a mom I could not wait to take my children to the playgrounds and buy them all those popular toys they would play with for hours and hours.

I used to see all moms did it, so I assumed it was the best for my children and their healthy development.

When I started taking my kids to the parks with playgrounds in them I could not stop thinking how robotic they were. Yes, that was the word. ROBOTIC PLAYGROUNDS.

To me, it seemed that all the activities kids could do there didn't encourage AND allow any creativity, imagination, problem solving or even social skills. 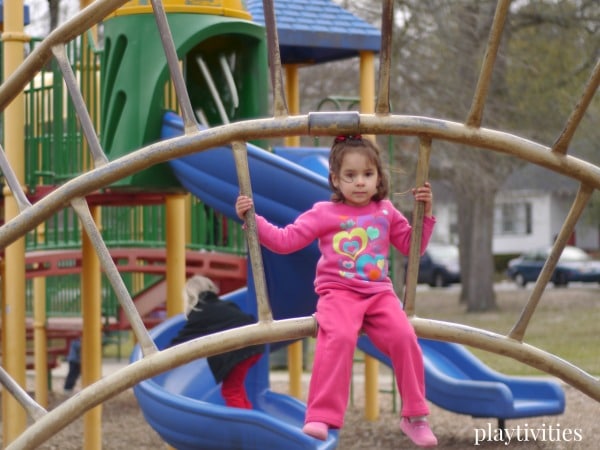 Climb the stairs, sit down, slide, climb the wall, swing and go down the tunnel (and do all this 100 times all over again) were pretty much the most popular activities kids can do in the traditional playground. It's all laid out there for them. They don't need to figure out anything.

There were no space for free play that would encourage to create a new game or even a toy. It was designed by adults who didn't take child's play habits into consideration.

The toys you buy in the store are the same. All of them already have mostly 1 way to play with and that's it. Yes, they occupy our kids and provide fun and some of them supposed to even be educational. But is that enough? Could they get more?

Don't get me wrong, there are some toys in the market that are really brilliantly created which encourage the creativity and imagination. 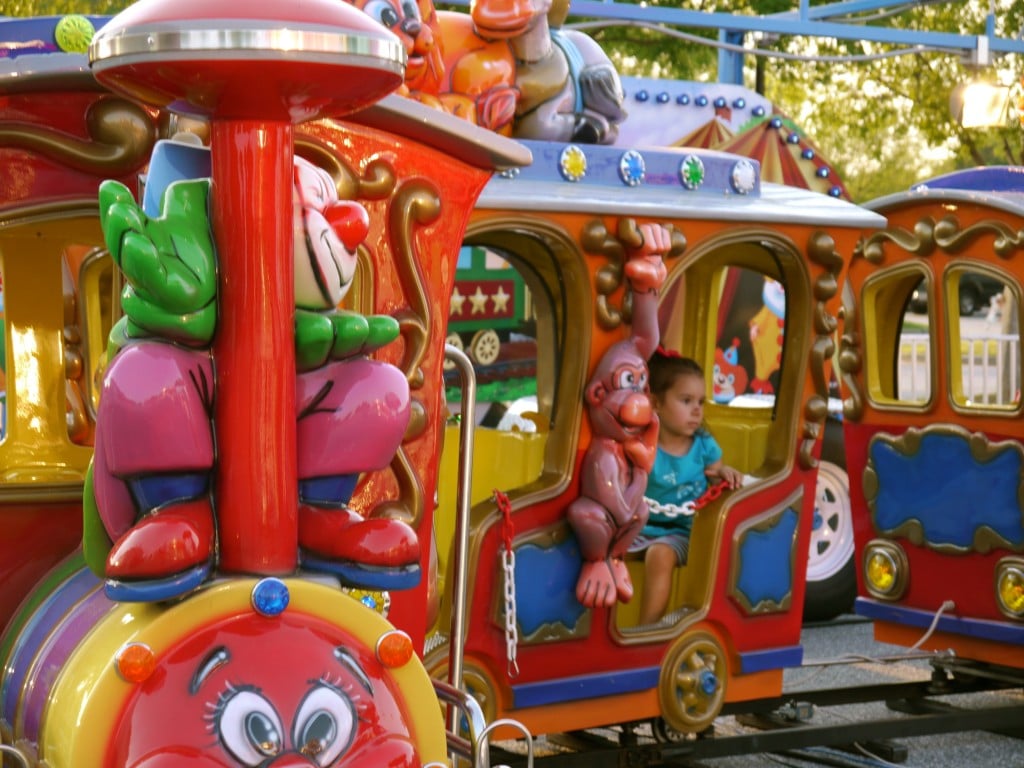 What is good for kids?

I can hear you saying: "So if playgrounds and traditional toys are bad for kidsÂ  and we already know that TV, Ipads and other electronical devices are not good for kids either. What to do then? "

Actually, it's right in front of your eyes. The toys are in the kitchen, garage, bedroom and all over your house. If you have outdoor space, there are no limits there for play ideas.

The study that I am referring below in the article states that kids who play with cheap items like crates, buckets, pots and pans encourage children to be more active and creative than expensive play equipment. 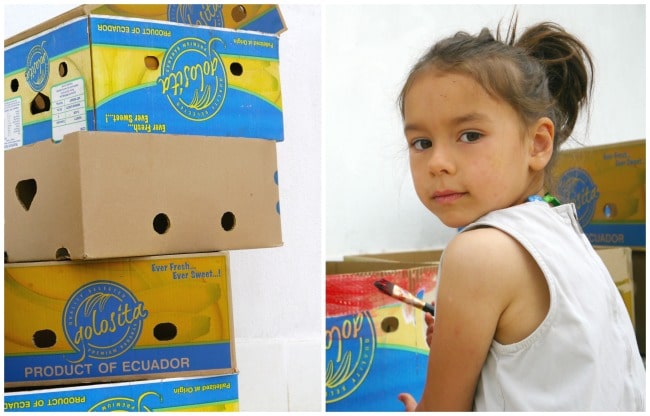 Here are some examples of toys and activities to do with your kids around your house.

I saw significant difference in my children's behavior. I actually think they became happier. HAPPIER KIDS!!! What else would you want... They also are more creative and became much more independent in terms of coming up with an activity and proceeding with it.

For example,Â  my 5 year old daughter gets so excited when there is an empty plastic soda bottle finally available in the house. That means a lot to her: it could be a bracelet made, a pool for her doll house or maybe even a car for little brother. And then I hear: "Mom, we need more bottles!".

In fact, just the other day she almost argued with me and begged me not to throw away the watermelon rind. Because she just wanted to make something out of it... And look what she (together with my help of course) created! 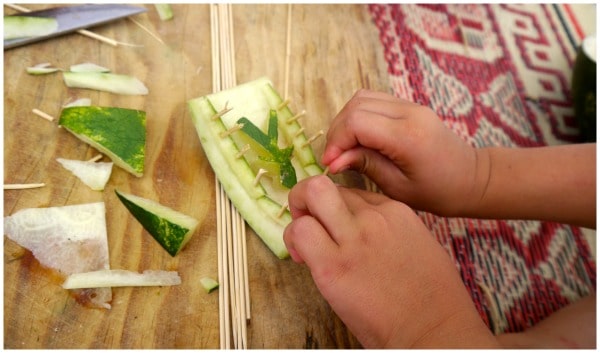 Actually I feel embarrassed (but mostly proud) when we are at the store and she often would say: "don't buy this, we could easily make that."

It's not only me

I was kinda excited to learn that my inner voice and mother intuition was not lying when I found out that there is actually a study done about this subject. For 2 years a group of researchers in Australia studied the behavior and affect on children who were playing inÂ  the traditional school playgrounds. They also compared kids who played with everyday household objects placed in the playground. 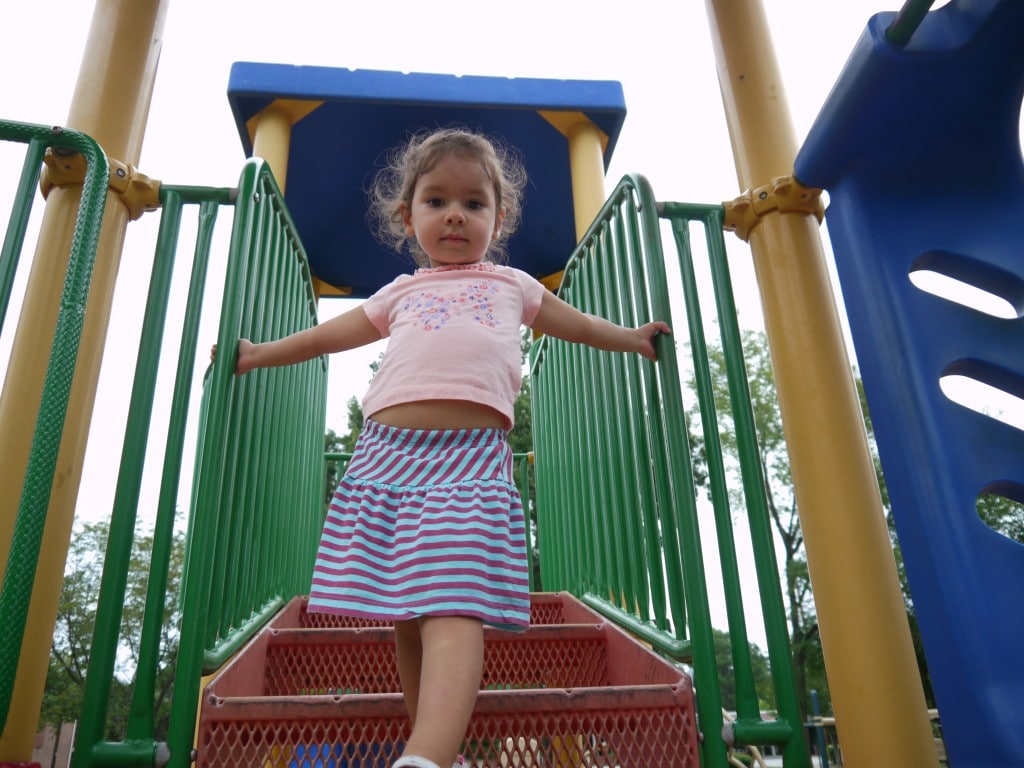 The result were surprising. The researchers had found that "Introducing simple, everyday objects during recess and lunchtime can cut sedentary behavior by half, improve creativity and boost social and problem-solving skills".

The study also found that: "Students who played with everyday household objects took 13 more steps per minute and played more intensively and vigorously compared to those using the traditional playground.

"These results could be applied to anywhere that children play and shift the debate on the best way to keep our children healthy."

The article about the research

Â How about you?

I would love to hear your opinion about traditional playgrounds and toys for kids? Tell me the good and the bad (but please be gentle).